This review was updated August, 2020.

The Mimic Method offers language courses which aim to help your pronunciation in one of the following nine languages:

When I first reviewed the Mimic Method in August, 2018, I went through the Elemental Sounds courses for each of the foreign languages I speak. That amounts to 6 of them!

The courses I tested were Russian, German, Italian, French, Spanish and Portuguese. I speak all of these languages to a minimum of intermediate level (so B1/B2 according to the European Common Framework of Languages).

Pronunciation is an often overlooked competency that is usually overlooked, much to the disadvantage of the language learner.

Based on my own language study, I recommend that you focus on pronunciation in the beginning of learning a language.

Knowing you’re using correct pronunciation will also help with building your confidence in your new language.  Additionally, it will be easier for you to be understood by native speakers, and you will be able to pick out words a lot quicker in the new language.

The Mimic Method’s Elemental sounds courses cost US$197 for each language.

There are some FREE introductory courses that you can start with to see if the instruction suits your learning style. Click here to go take a look at the Mimic Method!

Admittedly, $197 for a pronunciation course can sound like a lot. We’ve managed to negotiate a discount code from the MM team for our readers.

Follow this link to see the latest discount codes for the Mimic Method. 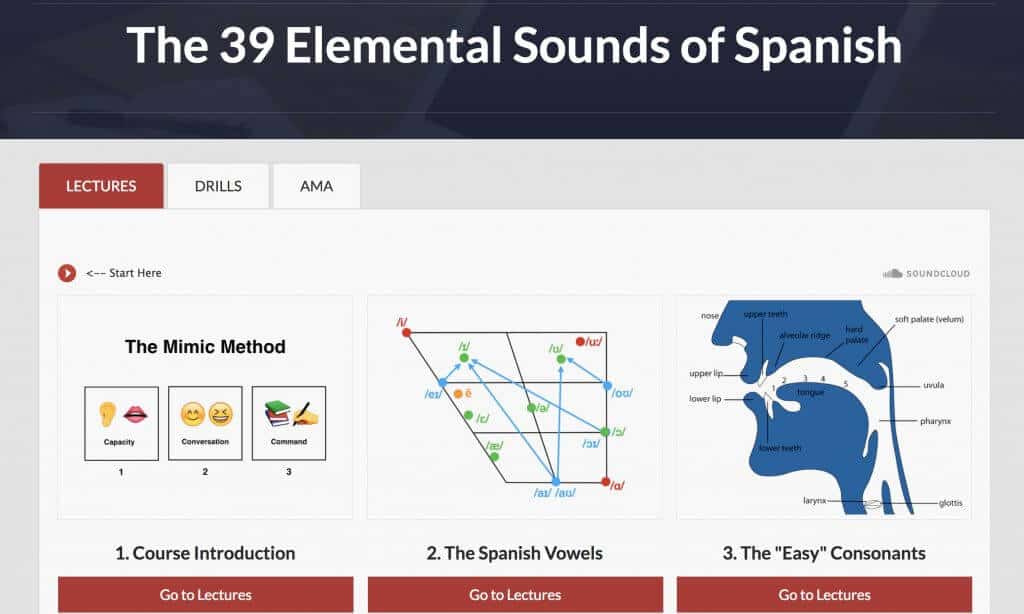 HOW DOES THE MIMIC METHOD WORK?

Idahosa Ness, the creator of the Mimic Method, gives a webinar-style video overview of the elemental sounds of each language.

He also describes how to distinguish the various new sounds from the closely related sounds in English, as well as, how to make those sounds in your mouth.

Idahosa uses the IPA representation of the mouth to show you how and where the sounds are made.

In these courses, you learn the mechanics, as well as the phonetics of pronunciation.

Each module includes video lessons (inc. Q&A), audio drills and homework assignments (which I skipped). Moreover, there is a resources page, which includes a 500 word frequency list, phoneme index and an elemental sounds checklist.

1. Learn Correct Pronunciation from the start.

This is the course that I wished had been available when I first started learning languages. Nailing the pronunciation from the beginning just makes learning a language so much more efficient. It saves a huge amount of time in the long run and allows you to gain confidence quickly in your new language.

Idahosa’s explanations are really clear when pointing out the differences in sounds and in showing you where to make the sounds in your mouth.

3. Improves your understanding of pronunciation for learning any language.

The courses give a thorough and valuable overview of the terminology associated with pronunciation. I really learnt a lot about the mechanics of making the sounds with this course and that’s even though I’ve already learnt to speak more than 10 languages.

The course starts with the easiest sounds first to let you build up confidence and understanding before reaching the more difficult elemental sounds. 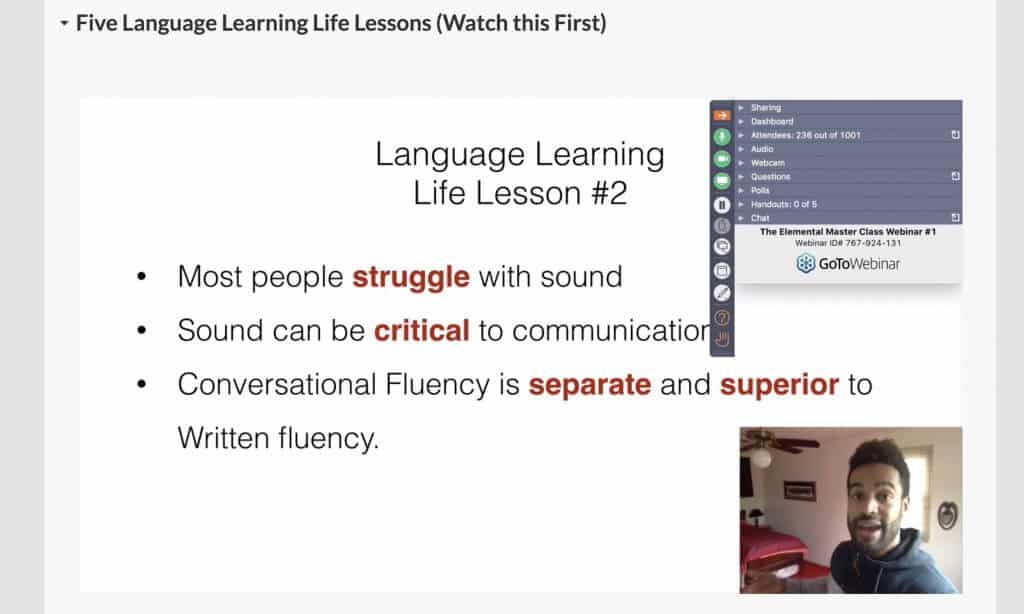 1. Lack of instruction on language rhythm.

The Mimic Method Elemental sounds courses do not teach prosody (or the ‘rhythm’) of the language per se.

2. Not a substitute for a real live tutor.

You will still need to work with a tutor in order to ensure that your pronunciation is on track. I recommend that you look for tutors on iTalki and/or use Speechling (TSAR18 for a 10% discount) which is a program that has native speaker review of your pronunciation. You can read my reviews of Speechling here and iTalki for Irish here and for Ukrainian here!

3. Production quality could be improved.

The production quality was a little lower than I expected. The courses are given in a series of webinars and at times there were typos on the slides at times that should have been corrected before publication. Also there were some stress mistakes in Idahosa’s Italian pronunciation of certain words. Finally the camera used appeared to be a webcam left on autosettings – not the most pleasant viewing experience. 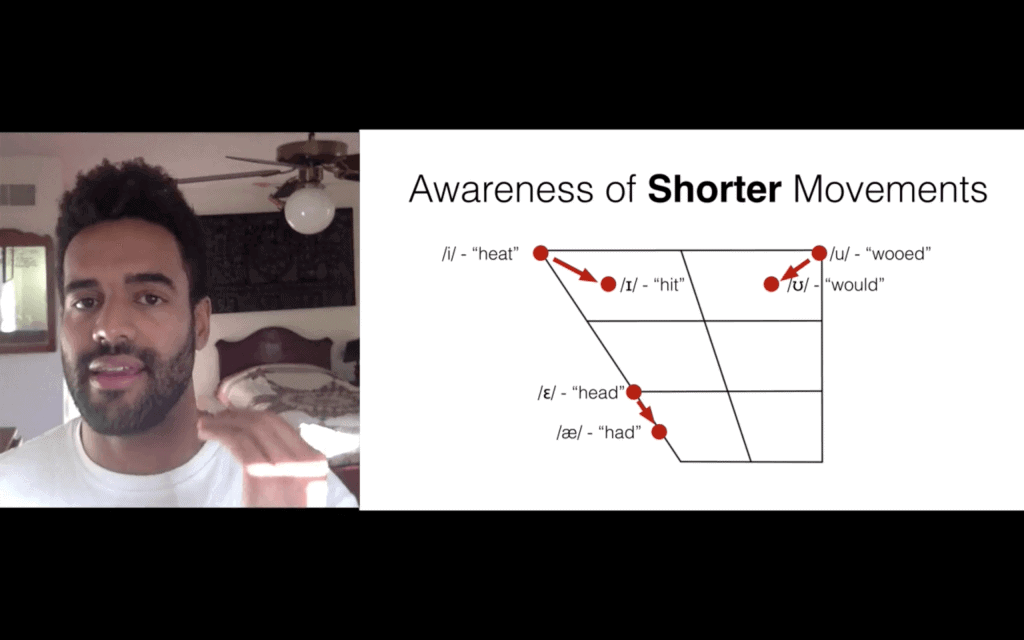 I wish this course had been available a decade ago when I started learning languages. It simply would have accelerated my language learning by years. My experience with pronunciation in foreign languages has been a frustrating one, and this course really is a game changer.

While the Mimic Method’s elemental sounds courses are basic in what they set out to achieve (teach you to identify and then correctly recreate every sound in your new language), it has been excellent in helping me achieve just that.

In conclusion, I would recommend this course to anyone starting out on a new language and someone (who like me) is looking for a way to improve their pronunciation in the language they already speak.

Good luck with your pronunciation practice!