How different or similar are Spanish and Portuguese?

I love traveling to both Portugal and Spain (and Latin America, of course). Moreover, Brazil is actually my favorite country … in the world! 😀😀
I learnt Spanish while living adjacent to a Spanish-speaking barrio in Washington, DC in the US.
My time in Washington, DC also included my first trip to Brazil and the beginning of a deep love affair with this magnificent country.
Having learnt both languages within 3 years of each other, I am really aware of how similar and different they are to each other.
Frequently, I am asked the following two questions: 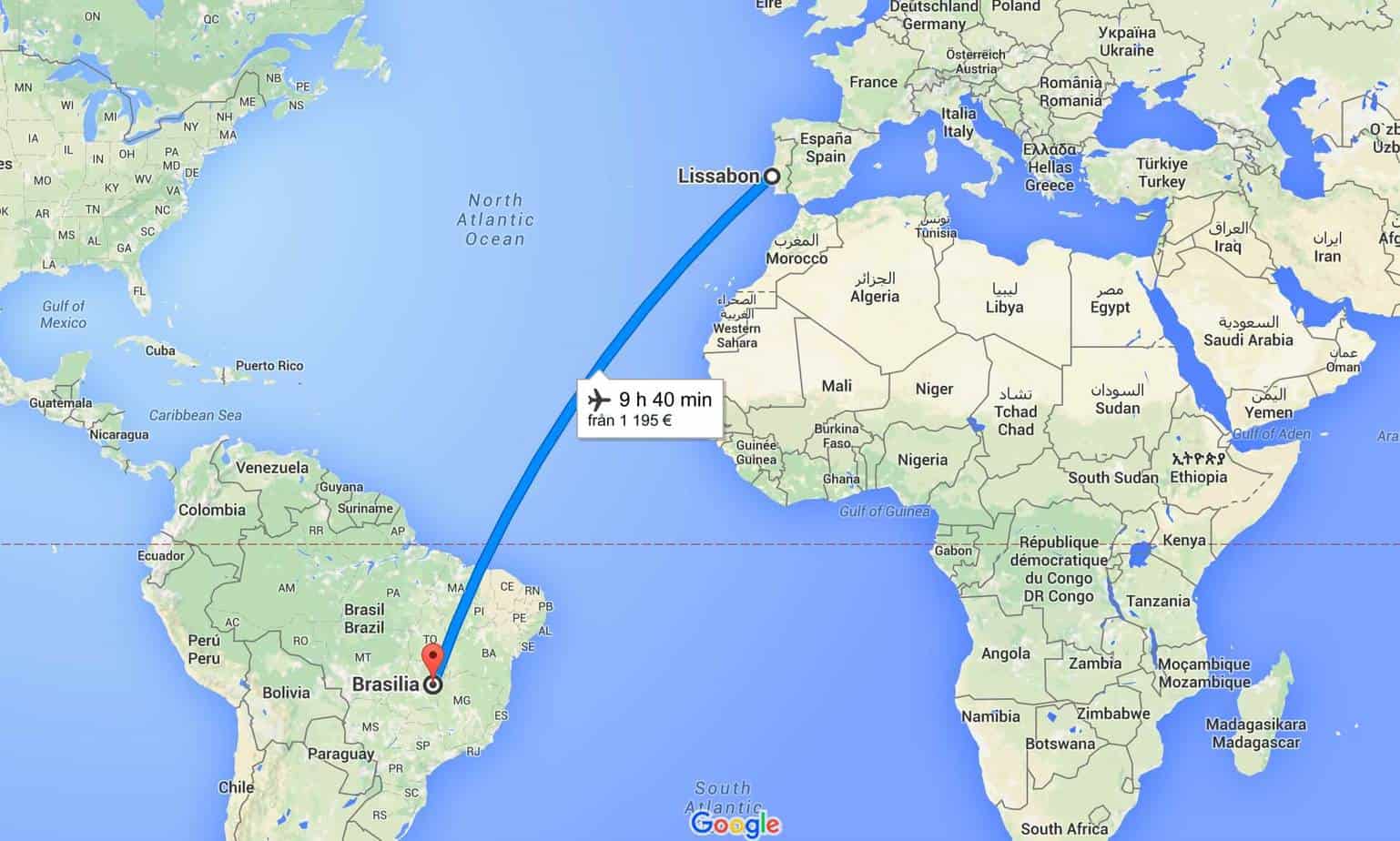 Even Portuguese is quite distinct between Portugal and Brazil

Origins of Spanish and Portuguese

Spanish and Portuguese are both Romance languages. That means that they are derived from Latin which was the language of the Roman Empire.

Today while a large number of these dialects are still in use, for political reasons there are just a handful of major derived languages that are similar in grammar and vocabulary.
Originally there was a common language on the Iberian peninsula which then split into several languages. Some of these languages include Spanish, Portuguese, Galician and Catalan.
Both Spanish and Portuguese then spread around the globe during the era of European colonialism, in particular with the colonization of the American continent.
Spanish is today an official language in:
Spain, Argentina, Bolivia, Chile, Colombia, Costa Rica, Cuba, Dominican Republic, Ecuador, El Salvador, Equatorial Guinea, Guatemala, Honduras, Mexico, Nicaragua, Panama, Paraguay, Peru, Uruguay and Venezuela.
While Portuguese is an official language in:
Portugal, Brazil, Angola, Cape Verde, East Timor, Equatorial Guinea, Guinea-Bissau, Mozambique and São Tomé and Príncipe. 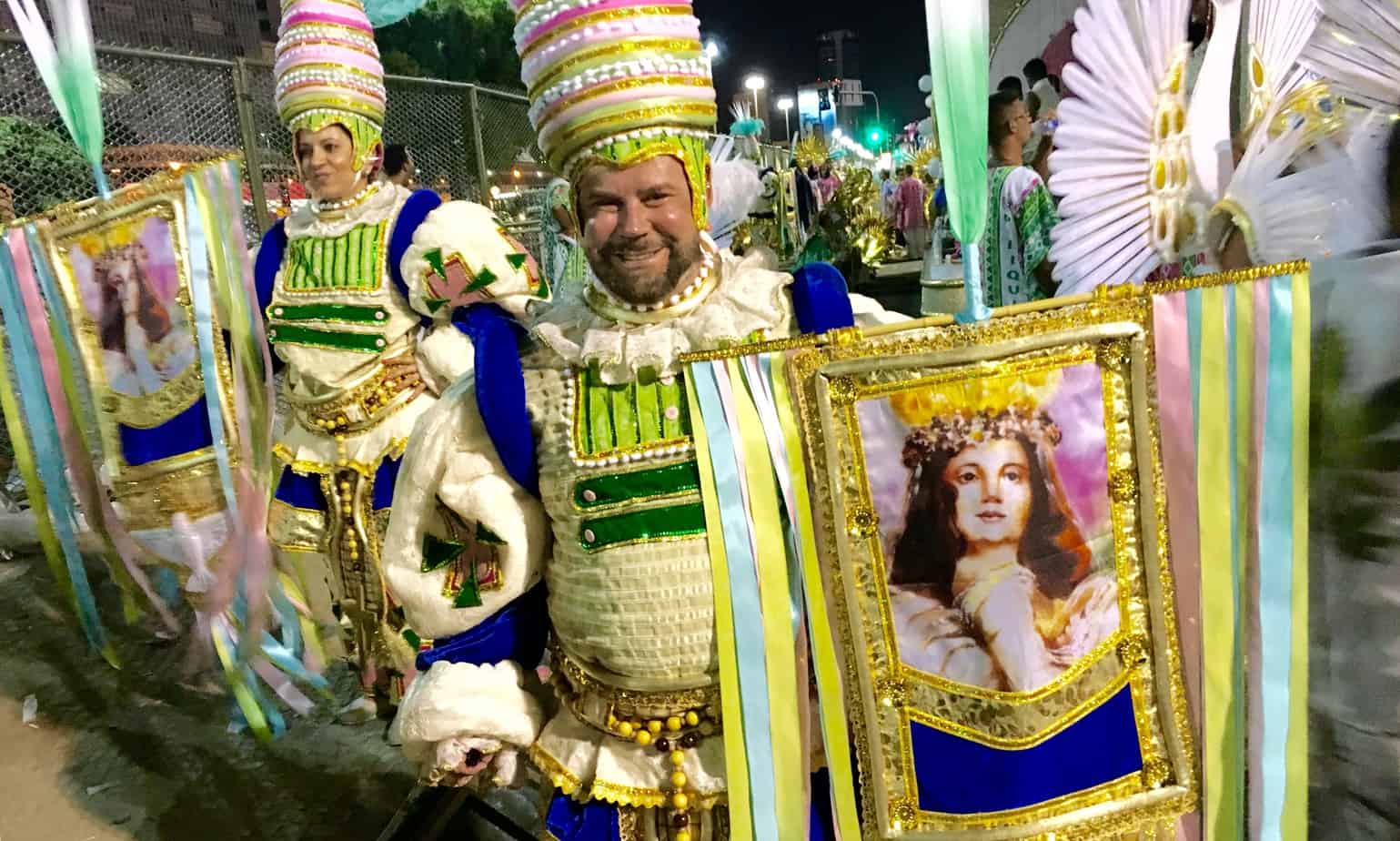 How similar are Spanish and Portuguese?

The lexical similarity between Spanish and Portuguese is close to 90%. That means that 9/10 of the two languages’ words are similar but that does not mean that they are necessarily mutually intelligible to native speakers due to additional differences in pronunciation and syntax.

Because of this, it’s very easy to read these languages if you only speak one of them but a lot harder to understand native speakers in a live conversation.
Some key differences include:
1. Portuguese’s use of the definite article which is more common than in Spanish. So in Portuguese it’s vou ao Brasil while in Spanish it’s voy a Brasil (“I’m going to Brazil)” with o being the definite article here.
2. Possessive pronouns where Brazilians will tend to say a casa dela whereas Spanish speakers will say su casa. If you say a sua casa in Portuguese, it would likely be interpreted as your house (formal).
3. The Portuguese language’s continued use of the future subjective, e.g. formos and the personal infinitive, e.g. sermos (both examples are for first person plural of the verb ser (“to be”). Yes, Portuguese has a future subjective, in addition to, present and past subjective. And how excited are you by that?
In my experience of observing Spaniards and Portuguese (or Argentinians and Brazilians) talking in their respective languages to each another, it is possible for them to have a mutually intelligible conversation as long as they speak clearly.
As a native English-speaker who has learnt both languages, I can tell you that it was that quite easy to learn Portuguese after Spanish but Portuguese pronunciation was a bit tricky for me to understand and there were also a number of false cognate words.
I learnt Portuguese in about 2 years from scratch using a tutor I found on italki with my classes being around 2 hours per week. 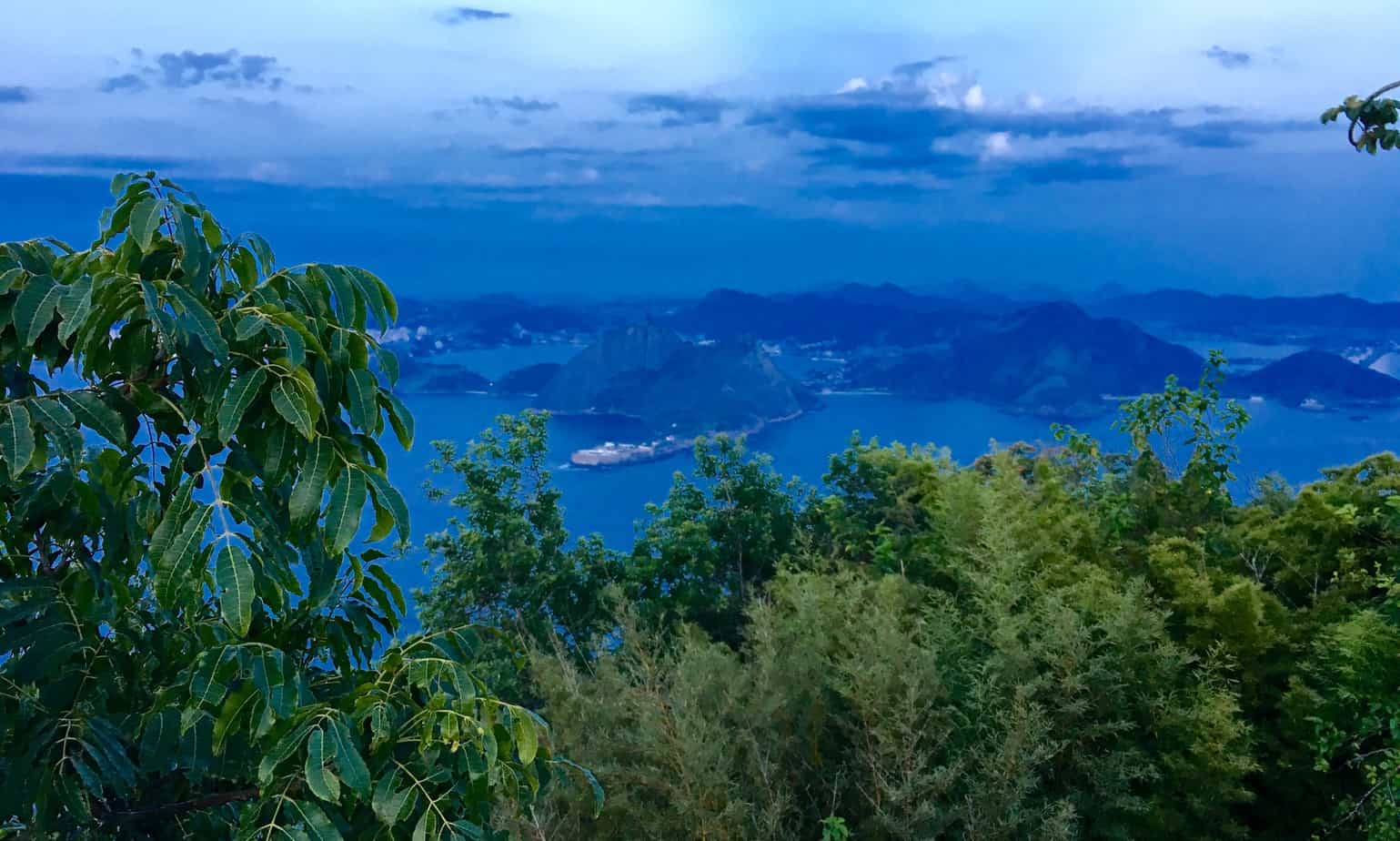 View onto Niterói from the Sugar Loaf mountain in Rio de Janeiro, Brazil

Won’t I get confused if I try to learn both simultaneously?

So didn’t I get really confused when learning Portuguese just after Spanish?

Didn’t learning Portuguese worsen my Spanish?
In the beginning, I definitely struggled to keep both separate. I would often use Spanish words with Portuguese endings if I was unsure of the Portuguese version but that’s an important tactic to keep the flow going in a new language so that’s a good thing to do in the short run.
However, when I had to switch back to Spanish, I would often get confused with Portuguese and it took a certain amount of concentration to adjust to speaking both languages.
In the end, after about 2 years of learning Portuguese my brain was able to separate the two languages without any problems. So ultimately, allowing for the initial confusion, the answer is ‘no’. Learning Portuguese after Spanish will not significantly worsen your Spanish (and vice versa as long as you stick at the new language).

How I look on the Wednesday after the Brazilian carnival – 6 nights, little sleep! 😂

Learn both if you are motivated enough!

I was really motivated to learn Portuguese because I loved my trips to Brazil (as well as other lusophone countries like Portugal and Cabo Verde) so much. And that’s really the key: motivation! 😀

If you don’t have a strong reason to learn the second language then you might not follow through and learn it properly so it’s vital to ensure that you have this motivation when you embark on learning the second cognate language.
This is unfortunately a common complaint that I receive from readers of this blog and one of the issues that I will addressing in my soon to be launched Tsaristan Inner Circle so sign up for my newsletter below to have a chance to join it shortly.
I love traveling to Brazil, Spain, Portugal and the rest of Latin America so if you share my passion for these regions then I encourage to go ahead and follow through to learn all their beautiful languages!
Have you learnt Portuguese, Spanish or both? Or perhaps you’ve learnt two or more languages from the same language family? If so, I’d love to hear your experiences. Write them in the comments section below this post or send me a message! I read all the comments that I receive. 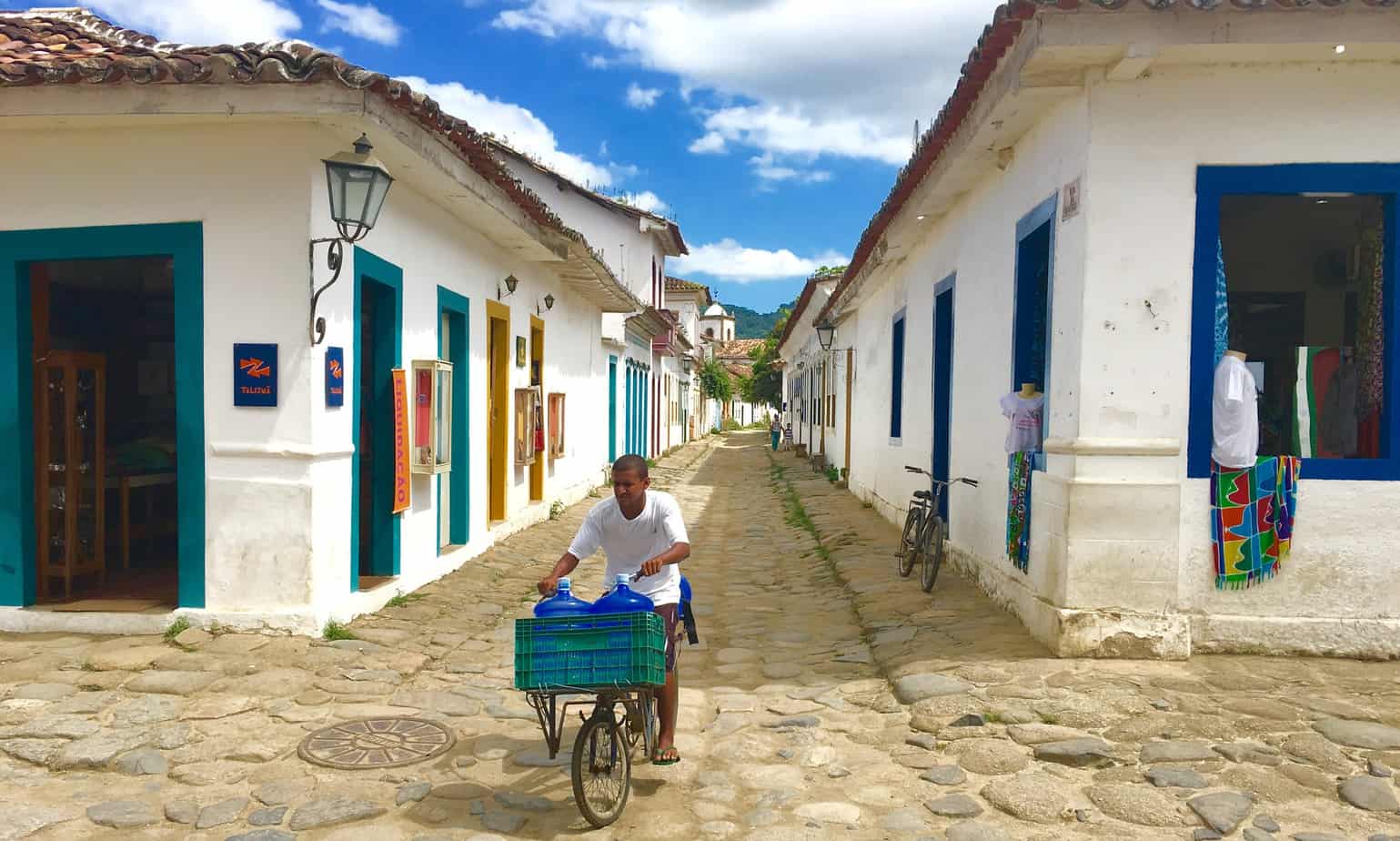