Dutch is the official language of the Netherlands and one of Belgium’s 3 official languages (along with French and German). In Belgium it is the predominant language in the northern province of Flanders. I have had the opportunity to live in the Netherlands (in Utrecht) for one year and Belgium (in bilingual Brussels) for 5. Dutch and Flemish sound quite distinct as regional variations of a common language. In this article, I will describe the main differences that I see between the two.

Dutch and Flemish have distinct pronunciation patterns. For example, “g” as a strong guttural sound in the Netherlands while in Flanders, it is a lot softer and more voiced. Also “v” is closer to an “f” sound in Belgium than in the Netherlands so the common expression “even kijken” (“let me see”) is quite different.

In the use of the formal “U” has become obsolete and most Dutch will use the formerly informal “je” with strangers. In Flanders, however, “U” is still commonly used. “Je” is used on TV or the radio and for speaking with children but would sound a little unusual in everyday conversation between adults. To Dutch ears, the Flemish sound a little old-fashioned while to the Flemish, the Dutch sound a little rude because of this stylistic difference.

In Flanders, the informal “jij” is often changed to “gij”. This is also quite common in the south of the Netherlands but in Amsterdam or Rotterdam, this would sound quite strange.

Flemish has a little more French influence in its vocabulary than the Netherlands as Belgium is a trilingual country with a large minority of French speakers. For example, the Flemish refer to a “garagepoort” (“garage door”) instead of a “garagedeur”. “Porte” is the French word for “door”. Likewise, “confituur” is the Flemish word for “jam” as the French word is “confiture”. The Dutch would say “jam”, like in English. Other differences in vocabulary (Flemish version first) include “bankkaart” vs “pinpas”, “batterij” vs “accu” and “droogkuis” vs “stomerij” for “bank card”, “battery” and “dry cleaner’s”.

How I Learnt Dutch (Finally!) 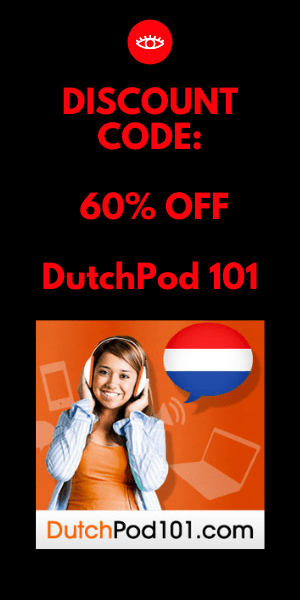