Speechling is a pronunciation app/website, which aims to help you nail your pronunciation in 6 languages (April 2018 – English, Russian, French, Spanish, German and Chinese).

I tried out Speechling in Russian as that was the language where I thought it would be most effective for me to test it. My current level of Russian is intermediate (somewhere around B1/B2 on the European Common Framework for Langauges).

Pronunciation is a competence that I recommend that you focus on in the beginning of learning a language as it is really hard to correct engrained mispronunciations later on (takes a lot of time to correct) and it will really help with building your confidence in your new language as it will be easier for you to be understood by native speakers and you will also be able to pick out the words a lot quicker in the new language.

The freemium version allows you to have 35 sentences corrected per month without paying for anything.

The premium version cost $19.99/month and for that you’ll get unlimited reviews of your pronunciation in any of the languages offered.

There is a 10% discount available for Language Tsar readers with the code: Tsar18 which you can use when paying for the premium version. You can download the app on your phone or go to the desktop version of Speechling here.

HOW DOES IT WORK?

Speechling is primarily a pronunciation training tool that can also indirectly teach you some vocabulary and grammar when you do the exercises.

Primarily it gives you listening and speaking practice in a controlled learning environment. Firstly, when you open the interface, you’ll select the language you want to learn and your current level (A1, A2 or B1/B2 options).

Then you listen to sentences (the difficulty depends on the level you’ve just selected) spoken by a native speaker of the target language (you’ll also see a transcription in your target language – Russian in my case – and a translation into English).

The audio is typically spoken at a fast native like pace so there is also the option of slowing the audio down (just click the button beside the tortoise icon).

You then record yourself speaking the sentence. Once you are happy with your recording, you then press ‘send’ and your recording is sent to your coach for review and feedback.

The coach should respond with 24 hours with feedback and help you by pointing out mistakes or difficulties in your pronunciation. 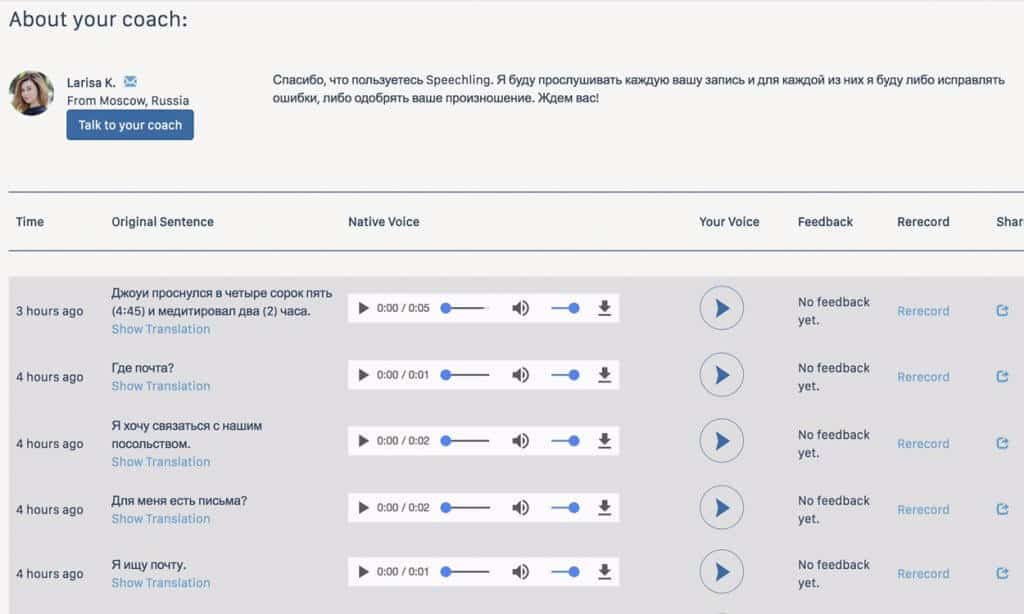 When you leave the ‘study’ mode, there are several options in the ‘toolbox’ tab to choose from, namely: dictation, listening practice, flashcards, multiple choice quiz and fill in the blank.

These are variations on the same learning process and allow you to mix up the type of drill or exercise you are doing with the same sentences. 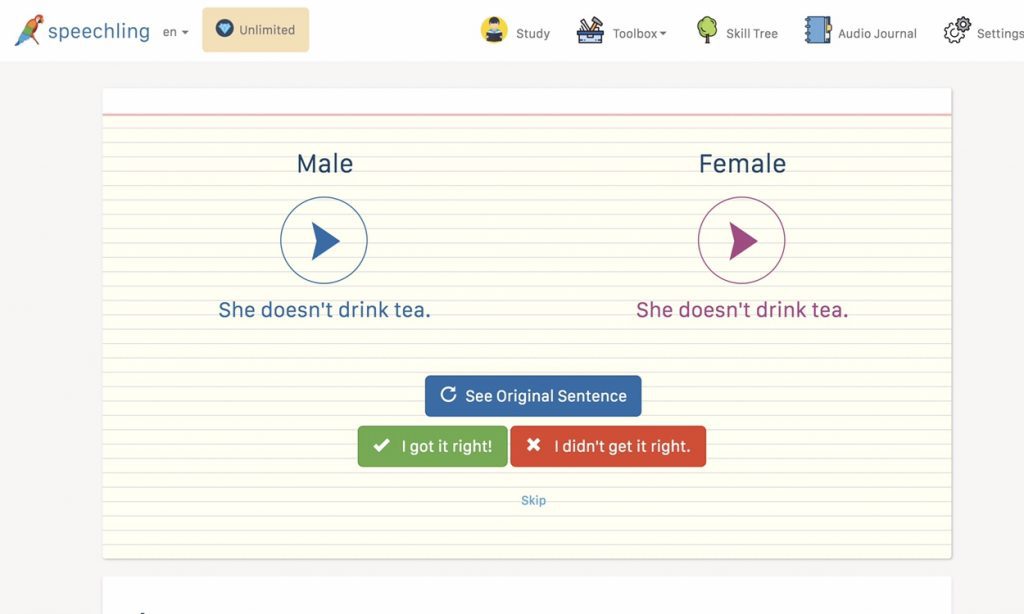 Moreover, Speechling provides a ‘community’ element with a dedicated Facebook page for language exchanges. This is a handy option for you to connect with native speakers of the language you’re learning.

1. Uses sentences instead of individual words so that you are also exposed to the prosody (‘flow’) of the new language and not just the individual sounds separately.

2. Easy to use interface layout which is aesthetically pleasing to the eye.

3. Feedback from a native speaker teacher which is vital for correcting mistakes quickly.

4. You will also pick up some of the vocabulary and grammar even if the software is designed primarily for pronunciation so a valuable bonus to a language learner.

1. Speechling doesn’t give training on how to identity and distinguish the sounds in your new language or how to actually make them in your mouth. I recommend using the Mimic Method to learn important first step in pronunciation this and actually these 2 products complement each other very well, I find. Check out the Mimic Method here!

2. Speechling does not fully replace the value in having a dedicated language teacher who can give you feedback in real time. For this I recommend iTalki. Check out iTalki here! 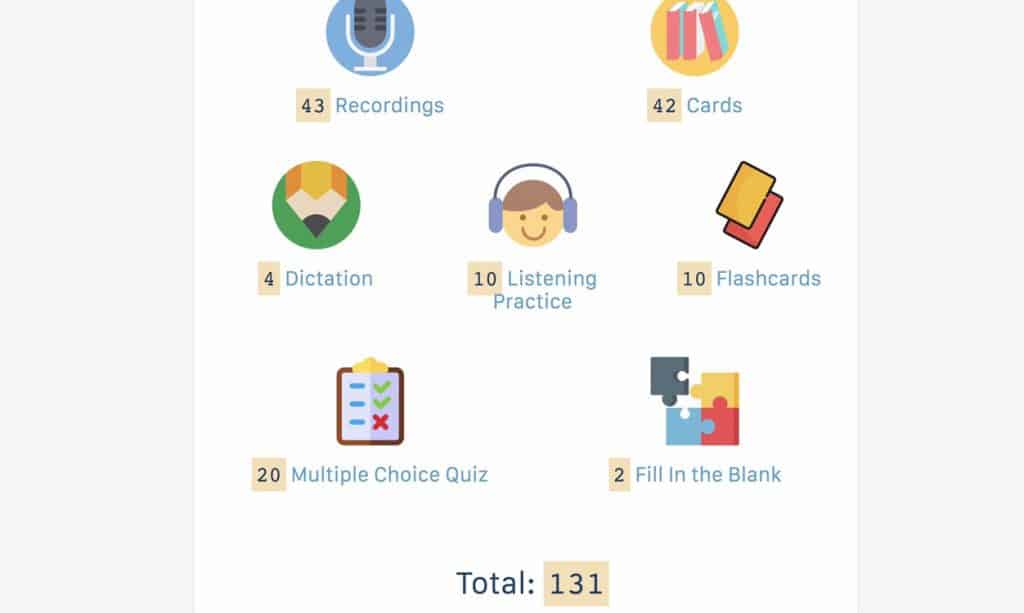 So overall, I would rate Speechling as a very useful service for improving your pronunciation in a foreign language (with the qualifications that I’ve outlined above). The feedback even if not in real time that I received from my coach was invaluable for helping me improve my pronunciation in Russian and I became a lot more aware of my intonation as well as my pronunciation of the individual words.

In short, while Speechling is not a panacea for all of the difficulties of learning good pronunciation in a foreign language, it does bring you a long way along the path to speaking clearly with a reduced accent in the language you are learning so therefore I can recommend trying out the freemium version first and if you are making progress then up your game by investing in the paid version of the service.

Remember your 10% discount code as a TsarStyler: Tsar18

Good luck with your pronunciation and please comment below to let me know how Speechling (or other products) helped you with making progress in your foreign languages.

Update (September 2018): Speechling has recently expanded beyond dictation addeding listening comprehension, multiple choice, fill in the blank and flashcards to their platform. They have also added an entirely offline module for premium users who can download a huge chunk of the sentence collection (about 10,000 sentences) with access to audio books and Anki decks.