I first started learning the Italian language over 10 years ago and got to a very basic level in standard Italian before going to study in Bologna for one year.

When I arrived I was taken aback by the number and variety of dialects spoken on a daily basis by Italians of which I struggled to understand anything!

While it’s true that Italians will generally speak to foreigners in standard or regional Italian, not understanding at least the gist of what is said in the most common dialects will leave you missing out on significant parts of Italian culture due to their use on TV and cinema as well as live on the streets when you travel around the bel paese (‘beautiful country’).

Here I’m going to give you a useful overview of languages and dialects along with my own personal experience of interacting with them in Italy.

Overview of languages and dialects in Italy

As you can see in the linguistic map of Italy, the country has a rich smattering of languages and dialects all over.

First of all it’s important what is considered a separate language from Italian and what it considered an Italian dialect.

Italy has a significant number of ‘indigenous’ minority languages, primarily:

As the line between dialect and separate language is hard to distinguish, I will not classify the rest of Italy’s dialects/languages as it is not necessary for the Italian language learner to make that distinction.

What is more important is understanding these separate languages/dialects and how they interact with Italian.
As the Italian language is believed to be spoken as la lingua toscana in bocca romana (‘Tuscan language with Roman pronunciation’), the further away from these varieties you go, the harder it becomes to understand as a learner of Italian.

In general without much experience to dialects, my experience was that I struggled to understand more than 50% of what was being said, relying instead on context to make a educated guess as to the meaning.

Here’s a great example of Italian dialects (in Italian with subtitles in both Italian and English if you select them) with the famous Italian hyperpolyglot, Luca Lampariello, in the video below.

Campanilismo which comes from the word campanile meaning ‘bell tower’, signifies the Italian attachment to their home town along with its culture and of course its particular accent and dialect (of Italian or of a minority language).

It’s through this prism of local attachment that an Italian language learner should view regional linguistic differences.

What to focus on as an Italian language learner

I lived in Bologna in northern Italy for one year and have continued to spend lots of time with Italian friends from all the country since then.

Moreover, I watched a lot of Italian films, in which regional differences add a particular color or mood to a scene.

For me, it was important to recognize and understand if a character spoke with a Roman, Sicilian, Tuscan or Milanese accent and dialect, in particular, as these are probably the most commonly found on screen.

In real life, I found Sicilian particularly hard to understand when traveling around the island but most locals did switch to a regional version of Italian that was easier to understand albeit using more of the passato remoto (a past tense no longer used when spoken in northern Italy) than I was used to.

When sitting at a cafe in Monreale overlooking Palermo, I even met a group of teenagers who struggled to speak Italian naturally as they almost exclusively spoke Sicilian. Italian was really like a foreign language to them.

The Tuscan accent is also quite unusual as it has weaker ‘c’ and ‘g’ sounds than standard Italian. As a result, ‘coca cola’ is pronounced as if it were ‘hoha hola’ (by a native English speaker). I found this to be quite a charming local quirk.

I have also skied quite frequently in Alto Adige (Südtirol in German) where the main language spoken in German. In general I did not have too much difficulty communicating with locals in German as they seemed quite used to speaking with foreigners and used standard German with me in general.

Dialects and regional languages add an extra spice to learning Italian and traveling around my favorite country in Europe.

While they are an extra burden for the learner (compare with Russian here), take a little time to become familiar with them and will find that they will enrich your Italian travel experience even a little more!

Have you ever learnt Italian or traveled around Italy using the local language(s)? Let me know about your experiences in the comments section below!

If you’re interested in learning Italian, read our recent review of ItalianPod101.

Italian vs French: Similarities and Differences

Italian Dialects and their Differences 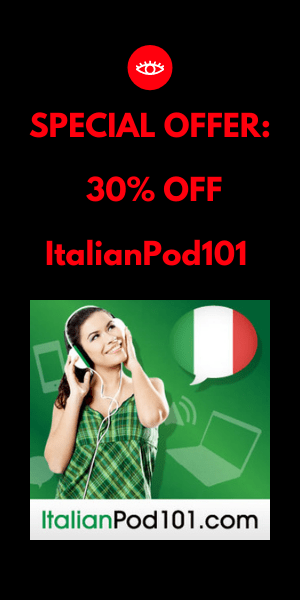