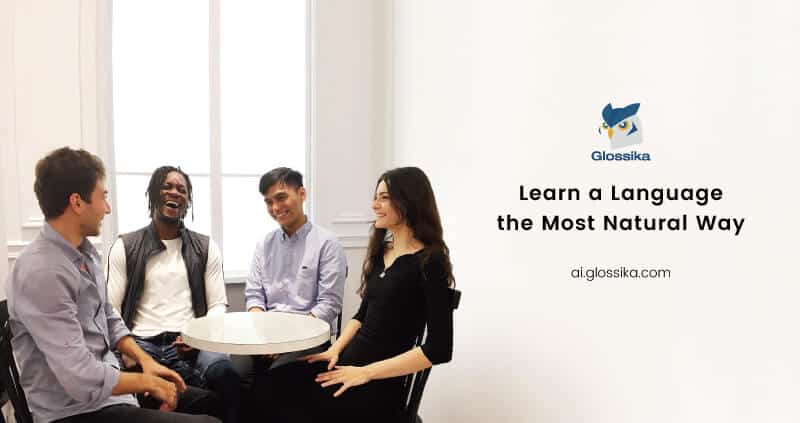 New Glossika Review: is this the ultimate language platform?

Glossika claims to be “your gateway to fluency” and that you will “learn a language the most natural way”.
So does Glossika live up to its catchy slogans?
Note: I originally used Glossika in 2014 to help me learn intermediate Russian and then again in 2018 to learn basic Belarusian. The platform had been significantly updated in the meantime. Take a look at their updated website here!

So how how did I find my experience with Glossika?

The method works on the premise that listening, reading and recording yourself speaking sentences in the target language will intuitively allow you to gain a solid understanding and fluency of the pronunciation, syntax, vocabulary and grammar of a language. Glossika is not supposed to be a primary learning source but a supplementary one.

The Glossika Mass Sentence Method means listening to thousands of sentences bilingually while reading them. The texts are 4-fold (as in the photo below): native language (English for me), target language (Russian here), target language with stresses and finally in the International Phonetic Alphabet (IPA).
The website has an interactive web based platform that you can see in both my review video from my YouTube channel (above) and here on the Glossika website.

1. Intuitive – The bilingual sentences (and stressed/IPA texts) are effective as they allow you to absorb the vocabulary and patterns of the new language (i.e. syntax/grammar) without huge effort as they are quite intuitive

2. Natural Pace and Intonation – even if the speed is extremely quick at times, the natural cadence of the language was clear to me when listening to the sentences (with the aid of the text in front of me). This was very useful as vowels are often almost elided when spoken in the manner that native speakers are likely to confront us with. 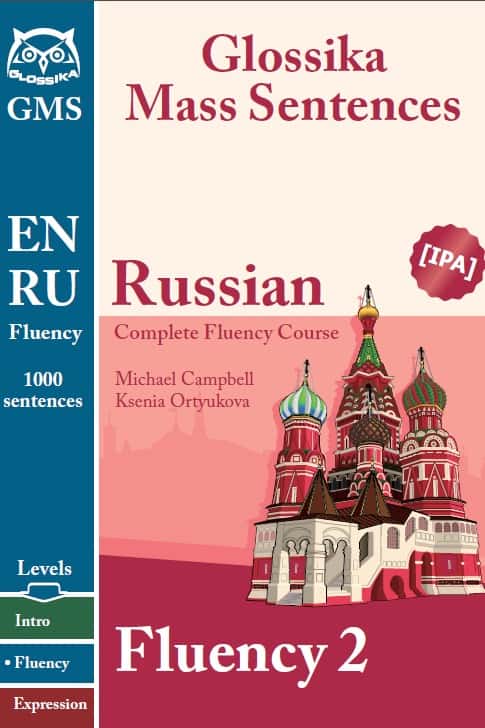 Front cover of Glossika Russian
3. Time utilization – The platform can be accessed from your smartphone so Glossika is easy to use any time of day when you have say 15 minutes free to kill. Again emphasizing that everybody has enough time to learn a language; just some of us don’t utilize our free time effectively. 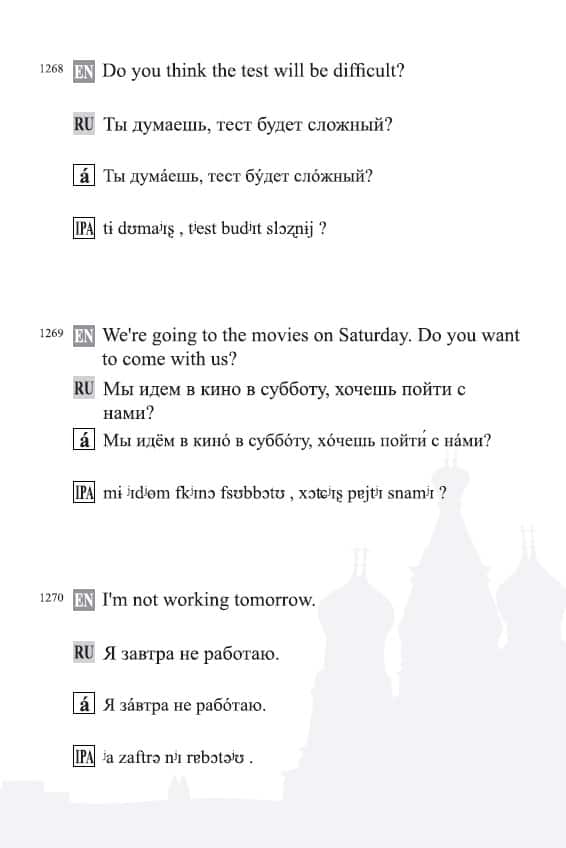 Example of a page from Glossika
4. Range of languages – Glossika is available in an interesting range of languages with over 60 currently on offer, including popular languages like English, Spanish, French, German, English, Italian, Mandarin, Japanese, Portuguese, Arabic are also available, in addition to Eastern European languages such as Russian, Ukrainian, Polish, Estonian, Latvian, Lithuanian and Belarusian.

1. Voice recognition – not possible to compare your pronunciation to that of the native speaker and see the differences. You have to rely on your own awareness (which is limited in a new language as new sounds are difficult to distinguish).

2. No explanations: Glossika claims that I am going to figure out the language intuitively and with an intermediate level of Russian, I could understand all the structures. However, with a lower level (less than B1 on the CEFRL) it would have difficulty to have spotted the grammatical patterns.

3. Lack of culture-specific information to the target language: Glossika uses the same generic sentences for each language but this means that most of the culture-specific information is lost. Moreover, seeing non-Russian names for people is a pity as the names vary depending on the case used and I am more likely to be speaking someone called Igor or Sveta in Russian than Brigitte or Daisuke!

So would I recommend using Glossika?

As a supplementary method for learning a language that you already have some knowledge of or you already speak a cognate language well (family from the same language family like Russian and Ukrainian), I found Glossika to be great.
It was easy to use and helped me a lot with internalizing grammar patterns and native speed pronunciation. In fact, I used it a lot while in the gym on the bicycle or treadmill so it was easy to incorporate it into my daily routine. For more on Glossika, click here or on their logo below. 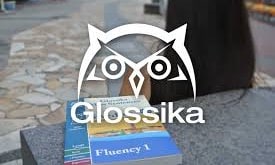