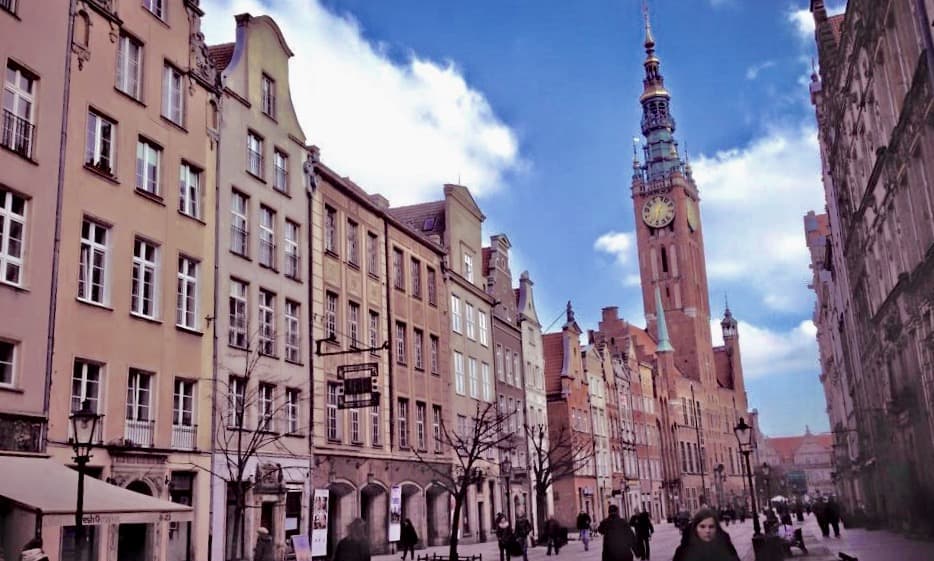 How different or similar are Polish and Russian?

Both Polish and Russian are Slavic languages from the Indo-European family.
I’ve learnt Russian over a long number of years and have in the past dabbled with Polish.
In 2016, I started learning Ukrainian which is closer to Polish than Russian. As a result, Polish has become more understandable on my trips to Poland.
The fact is that both Polish and Russian have a lot in common but how different or similar are they really?

HISTORY OF THE POLISH AND RUSSIAN LANGUAGES

Poles and Russians share common traditions and a similar fate, especially for the forty years after World War II since they were living under a similar communist systems.

Polish is the official language of Poland but it is also used throughout the world by the Polish diaspora. It is also one of the official languages of the European Union.
Russian is an official language in Russia, Belarus, Kazakhstan, Kyrgyzstan and several unrecognised countries, e.g., Transnistria. It is an unofficial but widely spoken language in Ukraine, and to a lesser extent, in the other countries that were once republics in the Soviet Union.
The Polish language as a literary language appeared very late. There is little surviving evidence of the Polish language until the 16th century. It appears exactly after the confluence of Poland with the Grand Duchy of Lithuania from which its “golden age” began.
Even in the 14th and 15th centuries, church services in Poland were being conducted partly in the Slavic (Church Slavonic) language, which is also related to the Russian language.
Russian, on the other hand, is the largest native language to Europe but the modern language was formed only in the 18th century following the reforms of Peter the Great. In 1783, the first Russian dictionary appeared.
In the 19th century, Russian was still mostly spoken in urban areas, while the rural part of Russian Empire and later of the Soviet Union kept using their own local languages.

So what are the differences between Polish and Russian?

2. What can be tricky is that often a word exists in both languages, and you can see that it came from a common source but has come to mean different things in each language (i.e., false friends). For example, in Russian, запоминать means “to memorize,” while in Polish zapomniec means “to forget.”
3. Russian grammar is very similar to Polish but there are differences. Forming the past tense is easier in Russian  – less endings to remember, all you need to know is gender and whether it’s singular or plural:

In Russian, unlike in Polish, you need to use pronouns more often to make it clearer which person you are talking about, for example:

Why Russian at times is closer to Polish than Ukrainian is

Sometimes it is said that Ukrainian is a ‘Polonized’ version of Russian. But let’s look at some examples where this is not the case.

Here, the word “kiedy” is clearly closer to the Russian “когда” than to the Ukrainian “коли”, “to” is also more like “это” than “це”.
The following examples are similar – the Russian and Polish are basically identical unlike the Ukrainian word:

2. Now let’s take phonetics, which will be more similar? Both Polish and Russian have a habit of softening consonants before the letter “E”.
At the same time, as for Ukrainian, it is not like this – only some consonants, only in some cases and very rarely. Almost always consonants before “E” are pronounced firmly.

Both Russian and Polish are Slavic languages but despite this they only have roughly 38% lexical overlap – compare this with 56% for English and German, 82% for Spanish and Italian, or 86% for Polish and Slovak.
Polish and Russian are very distant cousins in a very close family and despite their larger-than-expected differences for one native speaker to learn the other language would not be very difficult.
If you are planning a trip to Eastern Europe, I encourage you to learn at least a little of both of these different yet related Slavic languages. 😀
Have you learnt or do you speak Polish or Russian? If so, write me your thoughts and experiences with these 2 languages in the comments section below. I read all comments I receive. 😀