I love traveling to both Italy and Spain (and Latin America, of course) and actually lived in Bologna, Italy where I learnt Italian.

The year after learning Italian, I learnt Spanish while living adjacent to a Spanish-speaking barrio in Washington, DC in the US.

Having learnt both languages in quick succession, I am really aware of how similar and different these two Romance languages are.
In fact, two questions I am often asked are:

In this article, I’m going to answer these 2 frequently asked questions.

Origins of Spanish and Italian

Spanish and Italian are both Romance languages. That means that they are derived from Latin which was the language of the Roman Empire.

With the collapse of the Roman Empire around the 5th century, dialects of Vulgar Latin started to form over time in some of the Roman territories.
Today while a large number of these dialects are still in use, for political reasons there are just a handful of major derived languages that are similar in grammar and vocabulary.

These are official languages of the following European countries:

All these languages are mutually intelligible to a certain extent thanks to their common origins.

How similar are Spanish and Italian?

The lexical similarity between Spanish and Italian is over 80%. That means that 4/5 of the two languages’ words are similar but does not mean that they are necessarily mutually intelligible to native speakers due to additional differences in pronunciation and syntax.

In my experience of observing Spaniards and Italians talking in their respective languages to each another, it is possible for them to have a mutually intelligible conversation as long as they speak clearly.

As a native English-speaker who has learnt both languages, I can confirm that it was indeed quite easy to learn Spanish after learning Italian but it was not possible for me to understand spoken Spanish comfortably in the beginning.

This level took me about a year to reach in Washington, DC where I was exposed to Spanish on a daily basis to some degree.

To give you a comparison, since then I’ve learnt Portuguese to fluency and also learnt some Catalan and Romanian. I found both Portuguese and Romanian noticeably more difficult (further from Italian) than Spanish but Catalan a little bit closer to Italian (in terms of vocabulary).

Are you learning Italian? Read our detailed ItalianPod101 Review.

Won’t I get confused if I try to learn both simultaneously?

In the beginning, I definitely struggled to keep both separate. In conversation, I would throw in the Italian word with a Spanish ending if I hadn’t come across the Spanish equivalent yet. That’s important to keep the flow going in a new language.

When I had to switch back to Italian, I suddenly seemed to be unsure of the word ending or the correct word … in the beginning …

However, after about a year my brain was able to separate the two languages 99% of the time with no problem. So ultimately, allowing for the initial confusion, the answer is ‘no’. Learning Spanish after Italian will not significantly worsen your Italian (and vice versa).

Learn both if you are motivated enough!

I was really motivated to learn Spanish in Washington, DC because I could use it every day there. And that’s really the key: motivation! :)If you don’t have a strong reason to learn the second language then you might not follow through and learn it properly. Therefore, there a risk that you will weaken your competence in the first language with interference from the second language.

This is unfortunately a common complaint that I hear from readers of Language Tsar and one of the issues that I will addressing in my soon to be launched Tsarista Inner Circle so sign up for my newsletter below to have a chance to join it shortly.

I love traveling to Italy, Spain and Latin America so if you share my passion for these regions then I encourage to go ahead and follow through to learn all their beautiful languages!

Have you learnt Italian, Spanish or both? Or perhaps you’ve learnt two or more languages from the same language family? If so, I’d love to hear your experiences. Write them in the comments section below this post or send me a message! I read all the comments that I receive.

The Best Podcasts to Learn Spanish

How different is Spanish in Colombia from that spoken in Spain? 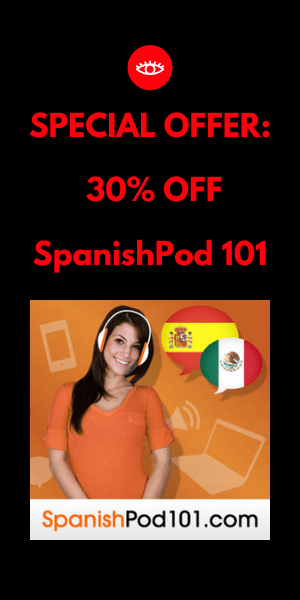