Over the years, I have experimented with a multitude of different ways to learn languages. In the beginning, I used more traditional methods (like group classes and textbooks) but seeing as how ineffective these methods were for me, I have gradually developed my own personalized learning methods that integrate as many natural and (free) resources available in the different languages I speak.
In this article, I will narrate my experience with learning languages in communities of language learners and native speakers. By the end of the article, you will see the evolution in my approach and how it has become much more effective it has become by using less ‘traditional’ methods.

Many language learners tend to stick with language learning communities of students of the target language, either virtually or in real life. Such groups provide a great sense of camaraderie and allow you to make friends quite easily.

However, in my experience they are not very effective for learning languages. While you certainly will learn some grammatical points, vocabulary and gain some confidence in speaking (if that is what you lack), conversing with other learners of a language will ingrain unnatural pronunciation, syntax and grammatical structures that generally will be hard to correct later on.
Let me illustrate this with a personal example. I studied French at high school and university (notice that I did not write ‘learnt’). I then went on an Erasmus academic exchange for one year to France where I hung out with students from all over the world, making great friends and gaining confidence in French, which I could not speak at all when I arrived. Sounds cool so far, right? But there was a problem.

Erasmus is a fun and enriching way to make new friends from different countries but be careful of only speaking your target language with other learners
After one year, I still found it hard to understand the French when they spoke to me even though I had little difficulty in understanding my multitude of non-native friends. This became apparent when I worked in Nice for two months after my Erasmus academic year. There I had to interact all day with native speakers and it was extremely difficult. In reality, I had been lured into a false sense of security about my progress during Erasmus.
The range of vocabulary I had been using with other foreigners during the academic year was quite limited and the intonation I had developed was unnatural. Worse even though I had taken classes with first-year French students and gained a university diploma (as I had figured out how to pass exams), I could not understand the French themselves. So what kind of French had I actually learnt?
My experience in France is not unique. I often hear a complaint among non-native English speakers, in countries like the Netherlands, where English is often used as a lingua franca instead of the national language, Dutch. It goes something like: “Oh you English, Irish and Scots, you are so hard to understand … why can’t you speak more clearly? I have no problems understanding the Dutch [in English and not Dutch, of course] and other foreigners” [said heavily accented with non-native intonation]. It’s clear that they are suffering from the same false sense of achievement in English that I had after my first year in France. They don’t actually speak and understand English but instead are using a pidgin variant.
This is what I see as the danger of learning a language via a community of non-native speakers. Ultimately, you learn a form of pidgin as opposed to the language you want to learn. After my academic year in France, it took me a long time to correct the unnatural intonation, pronunciation and grammar patterns that had become ingrained in my (pidgin) French (if I even managed to exorcise them 100%, which I doubt).
It is vital to avoid falling into this ‘pidgin trap’ so with my next languages, I decided to learn it primarily with native speakers. 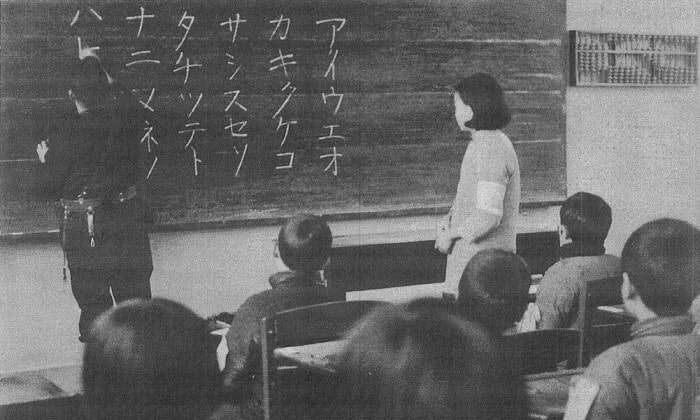 Exactly how I found language learning in a school classroom – oppressive!

It’s really easy nowadays to find native speakers of your target language by putting up a language exchange notice in your town or by going online. There are lots of websites offering you the opportunity to find native speakers who want to learn your language. Sounds ideal, right? Well, while I found the idea alluring in the beginning, I soon found a problematic pattern emerging.

The more and more native speakers I interacted with, the more mundane and boring the conversations became. The problem was that I was not necessarily interested in speaking to those particular native speakers. They were just random people. Soon I was no longer motivated in conversing with them as we had little in common other than the desire to learn each other’s languages. Other leading language learners have also told me that they have encountered the same issue. In this video with hyperpolyglot Luca Lampariello, we discussed, among other topics, how Luca also faced this problem and overcame it.

Approach 3: Real communities of native speakers that I want to belong tO

As an independent language learner, I have learnt to look for real native-speaker communities, both online and in real life, that I have a genuine interest in. This way I am motivated to interact with the native speakers in the group because I am really interested in the subject matter and the community members themselves.

This can extend to having groups of real friends (not just the hundreds of random Facebook ones) who happen to speak other languages. This way I am able to absorb the language’s structures more naturally and almost effortlessly. For example, when I go on holidays, I normally plan to meet up with groups of friends who I really look forward to hanging out with. Our days together are spent conversing in the languages we speak. Sometimes I am inspired to even start learning a new language just because I have deep connection with someone who speaks it.

Hanging out with communities of real friends on holidays has proven to be a super effective way for me to learn languages
Even if you don’t have friends who speak other languages yet, get involved online in a topic you are passionate about in the languages you are learning. Traveling is one of my passions. While doing a multilingual research on some new travel destinations, I stumbled across a blog (called ‘Mil Viatges’) that I really liked which is written in Spanish and Catalan. I exchanged a few travel stories with the blogger in Spanish and signed up to his mailing list.
Now, I receive his new travel stories in my inbox and recently on a trip to the United Arab Emirates, I used his blog as my main resource for tourist information (all in Spanish and Catalan). I learnt some new words in Spanish and was able to shadow the Catalan translations to improve my level there too. All this without taking up additional time (I would have had to read travel information in English in any case) or spending any additional money.
So what has your experience been with learning languages in communities? I’d love to hear about your experiences. Write a comment in the section below. 🙂
0shares